Going all the way back to Mortal Kombat 4...
Surely the developers must have realized how bad this looks... Didn't they? 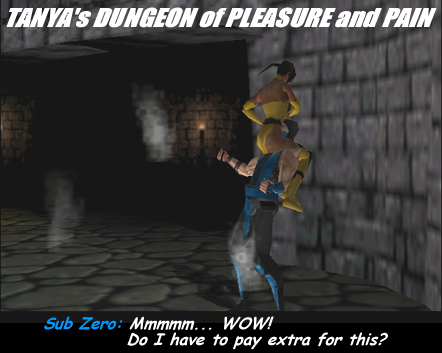 Couldn't help but share this twisted cartoon I found...
by DetErest @ 2:58 PM No comments:

I was quite amused by an episode of The Simpsons that I saw recently... After watching the show religiously as a kid, The Simpsons has become kinda lame and predictable over the years... Though they still surprise us with a new kickass episode every once in a while...  (Which helps convince FOX that the show is still profitable)


Lisa creates a social network called "Springface", and everyone in town gets hooked, spending all day on their handheld devices, and being completely oblivious to everything around them. 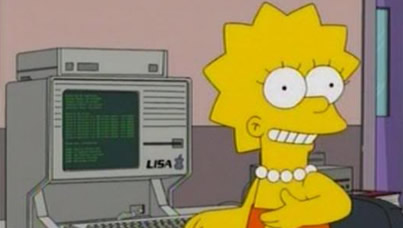 The episode was written and structured in such a clever way, where innocent young Lisa simply created the social network so she'd have friends to play games with on the playground... But upon getting hooked on social networking, all the kids, adults, and eventually everyone in Springfield becomes completely obsessed with being on "Springface", constantly updating their profiles, photos, and nosing into each other's digital business, with little regard for anything happening in the actual, physical world.... And though Lisa has over 1000 friends, none of them want to play any actual games with her on the playground.


For the record, I have nothing against technology - I'm kinda sick of how obsessed our society has become with constant, digital social networking... I've heard the term "Approval Addict", which definitely describes the scenario... A good chunk of the population seems to be pre-occupied with their devices, and can't even think for themselves for 5 minutes without needing to go online and see what others think. It used to be considered very impolite if your cell phone rang during dinner... Now I feel like an oddball when everyone else at the table seems to be endlessly tapping away at their devices, completely oblivious to anything else that's happening in the room.


Sure, I was a hardcore video gamer when I was a younger... I also ran a website for a decade... But at the same time, I played tons of sports, was an All-Star athlete, and enjoyed countless outdoor adventures. A balanced, healthy lifestyle is they key to a long life.

Social media is great, because it allows the instantaneous exchange of thoughts and ideas across the globe, to friends old and new. But it seems as if the younger generations default reaction is to seek constant and immediate approval for even the most trivial things in life... Can't really blame them though... It's the only world they've ever known.

Giving in to The Dark Side...

So Disney buys the rights to the Star Wars franchise for $4 billion... (The figures are sickening, really, when a good portion of the "free" world is struggling to feed themselves.)

As a Star Wars fan, naturally, I'm a bit curious to see the stories unfold on the big screen... But I don't know if I'll be able to stomach episodes VII, VIII and IX if they're done by Disney instead of George Lucas...  Though I'm sure everyone will be raving about how great the special effects are.

I'm still a stickler for anything vintage, retro, and classic. I don't care how crappy the special effects of the original Star Wars or Terminator are deemed compared to modern standards...

Sometimes simplicity and cleverness can be amazing in their own right... The modern world is unnecessarily crazy. That's why "The Emperor Gets a Job - Star Wars" is one of the funniest things I've seen on YouTube this year... The Emperor tries his hand as a temp worker, doing various jobs... Of course, helping people has never been his strong suit...

Check out the really funny Star Wars sketch  "The Emperor Gets a Job":
http://www.youtube.com/watch?v=aKWVCv8uWDI
by DetErest @ 9:16 AM No comments:

Leonardo DaVinci's famous paintings have been spoofed countless times, but this has gotta be one of my favorites... The cast of Super Smash Bros sitting down for a "Last Supper", with everyone's favorite Italian plumber... Hey Mario, washa your hands before passing the bread.

Stumbled upon this quick cartoon while trying to find some Mario Kart info on the net.
Daisy and Peach sure have some interesting pillow talk... 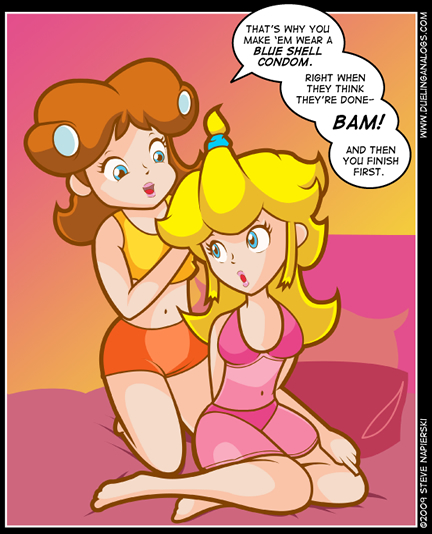