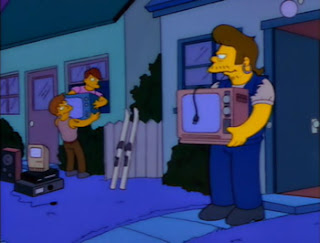 Just picked up Season 4 of The Simpsons. To find this chunk of golden episodes for ten bucks was a real steal. So many classics from Kamp Krusty, Homer skips church, Itchy & Scratchy Movie, Duff Gardens, Mr. Plow, Monorail...

I'd almost forgotten some of the great lines from episodes like Last Exit to Springfield and Marge in Chains... Back then, episodes of The Simpsons weren't just written... They were crafted, re-written and polished. 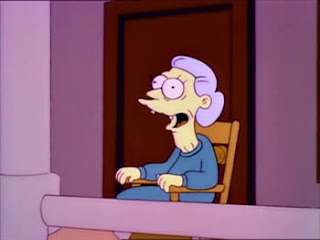 Decided to consider my favorite lines from Season 4. Sure as hell wasn't easy, considering all the awesome material to choose from... But I'd say that these are special, simply because they've lasted in my mind for decades, and still make me laugh...

The incredible use of a character's imagination through dreams, flashbacks (and hallucinations) can take us to some entertaining moments that are just as memorable as the stuff that "actually" happened...