Written by DetErest
Just a look back at the evolution of the Detstar gamesite. After completing The Legend of Zelda: Ocarina of Time for the N64 a few times, I got back into GoldenEye 007 to find a whole new world of secrets that needed to be explored. I found myself still playing 007 two years after it came out, and couldn't believe that things were still being unearthed via Gameshark hacking... Not to mention the increasing number of mysteries surrounding the game, including the distant island on the dam, rumored All Bonds cheat, and long lost Citadel level. 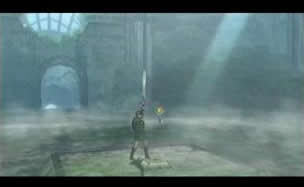 Ten years later, I found myself playing The Legend of Zelda: Twilight Princess. I had looked forward to the game, was impressed with everything about the adventure, only to find myself walking away before I was even halfway through the quest...

Ultimately, I believe that it was Multiplayer Goldeneye that truly inspired the original website on geocities that launched in 1999. I had created a few pages & maps for my own reference, and had been compiling tons codes and "beta" Goldeneye stuff I became fascinated with. I also found it a bit disappointing that there weren't many comprehensive Goldeneye pages on the net. 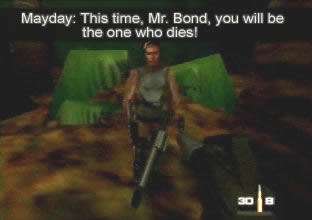 Enhancing the Goldeneye 007 experience with game-altering codes added an incalculable amount much replay value, which is one of the reasons it's still being played today. Duplicating countless beta scenarios, and creating new scenes that never existed. I don't even want to know how much time I spent with the Gameshark Memory Editor, messing around with things, and looking for stuff that I wanted to change just for kicks. 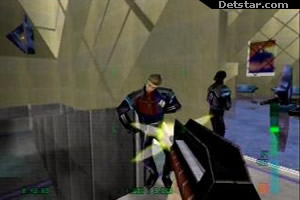 Had so many requests from readers for Perfect Dark content that a PD website was inevitable. The so-called "GoldenEye sequel" aka Perfect Dark (released in 2000) had improved on graphics, and a multiplayer mode that was smoother and more customize-able, but the game somehow lacked the mystique of it's 007 predecessor. Plus, the storyline was kinda messed up. Even though I played all through PD and created a whole website, I found myself returning to Goldeneye. 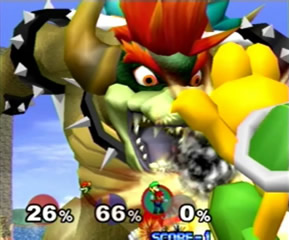 After running out of hosting space & bandwith on my free-hosted sites, I finally moved everything to Detstar.com.  Had just got the GameCube, and Super Smash Bros Melee had just been released (2002). Soon afterwards, the site's traffic got so high that the pages had to be relocated to a bigger (and more expensive) server.

SSBM was one of my favorite multiplayer games of all time. Endless possibilities for multiplayer mayhem ensured that battles would be taking place all night 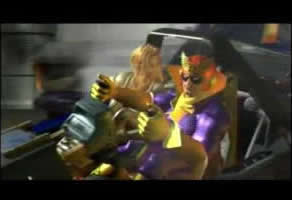 Got hooked on F-Zero GX for a while, which fed my need for speed and destruction. Not many racing games offer the depth and variety that GX did, so I found myself playing this game for hours on end, and probably wrote a few dozen pages on it. 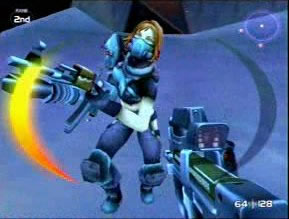 In my opinion, TimeSplitters 2 & 3 came the closest to what I call the "Goldeneye Experience". Sure, there have been dozens of Bond games since, but most of 'em have sucked. Of course, having some key members of the Goldeneye development team on staff is bound to help. TS2 had a storyline that was a bit hard to follow, but the "plot" of TS3 made a bit more sense. 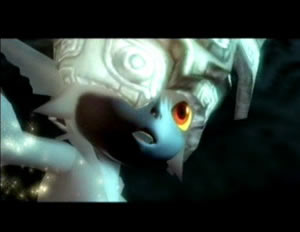 Was looking forward to Zelda.Twilight Princess, but only made it partway through the game before I completely stopped.... I had become absolutely tired of snapping screenshots and documenting everything I found. It was the moment in time when one of my games had actually become exactly like work.

Even when I made the conscious decision to stop recording everything I found, I just could not get my mind out of that mode, and play a game for fun anymore. Ten years of covering video games had left my brain completely unable to escape into the realm of a game and enjoy it anymore.

Everything happens for a reason, and all good things must come to an end. I truly enjoyed managing the websites, getting comments and suggestions from readers, as well as posting the new discoveries that got sent in. Of course, I could never offer personal replies to the hundreds of e-mails I received weekly, nor could I ever include all the things I wanted to. It was still a big part of my life. I'm no journalist, but I have an eye for detail, and did enjoy putting together these pages of information, and sharing it with the world.