Epilogue to the Detstar Gaming Network


A session of Q & A for the readers of Detstar.com

The website went down due to technical issues in 2008, and I had absolutely no time nor energy to fix everything and bring it back. As of 2013, the domain name expired, and I was too busy to notice or be the least bit concerned about it...

Where the hell have you been? 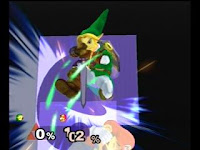 When Detstar went offline, I was working full time in a crazy hell hole, chained to a computer screen. When I'd finish work, I couldn't stand being near a computer or any electronic device. Didn't notice it overnight, but I after spending years at what might as well been an insane asylum, my eyes, ears and brain hurt so much that I could barely function.

Been living in a secluded location deep in the woods. A self-imposed retreat from technology and other devices that emit random beeps & boops for various reasons. I've got the Internet now, and discovered that I'd been declared dead. I suppose vanishing without a trace for a couple years tends to leave that impression.


It's disappointing that no updates were added for GoldenEye to include all the new discoveries and codes. Why can't you at least bring the video game site back as it was?

While new discoveries were being made in Goldeneye, I was far too busy with my job & life to play video games, let alone have time to research, record, photograph and publish new articles. The codes and discoveries are found all over the net, anyway. To bring the website back from the dead at this point would be a Frankenstein mess, a monster headache I just can't stomach. Although I was happy to find that the hundreds of pages still exist at Web.Archive.org. (http://web.archive.org/web/20081229114756/http://www.detstar.com/) It's satisfying enough to know that something I created has managed to live on.

In 2012, I got back into GoldenEye again, after going almost five years without playing any video games. It inspired me to post a basic 'GoldenEye Tribute' site. In a twist of fate, the individual who has since purchased detstar.com has been gracious enough to host my GoldenEye tribute, which as of August 23, 2014, has moved to GoldenEye007.detstar.com. Nothing fancy, just my tribute to GoldenEye 007 with some of my favorite screenshots.

Your Comics suck. Why do you even bother?
Some people say that Family Guy sucks. I personally think Will Ferrel is a talentless hack. But that's the thing about entertainment; it's subjective. What one person finds funny, the next person may not. Simple as that.